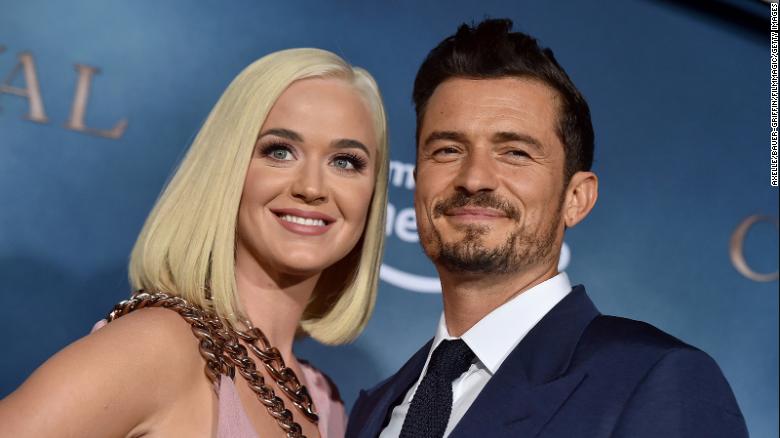 Katy Perry and Orlando Bloom have welcomed their first child together.

American singer Katy Perry has given birth to a baby girl named Daisy Dove Bloom, her partner Orlando Bloom confirmed on Instagram Thursday. Orlando Bloom, a 43-year-old British actor, shared a post by charity UNICEF, of which the couple are ambassadors, confirming the arrival of their daughter along with a black and white photograph of the child’s hand. “Welcome to the world, Daisy Dove Bloom! We are honored to introduce Goodwill Ambassadors @KatyPerry and @OrlandoBloom’s new bundle of joy,” the post said. We are floating with love and wonder from the safe and healthy arrival of our daughter,’ Katy and Orlando told us. In the Instagram post, the couple also spoke about how fortunate they were to have had a “peaceful” birthing experience with good healthcare — something, they said, many families do not experience. Perry, 35, first revealed her pregnancy to the world in a music video for her track “Never Worn White” in March.

In the video, she cradled her baby bump while wearing a white dress. Earlier this month, she gave fans a sneak peek of her baby nursery on Instagram, revealing the child’s crib, changing table and even a hilarious onesie with Bloom’s face all over it.

Perry and Bloom started dating in 2016 and reportedly split 10 months later before reuniting in early 2018. The couple got engaged this Valentine’s Day. Both Perry and Bloom have previously been married. Perry was married to British comedian Russell Brand from 2010 to 2012, while Bloom was married to model Miranda Kerr from 2010 to 2013. The pair share a son, Flynn, who was born in 2011.