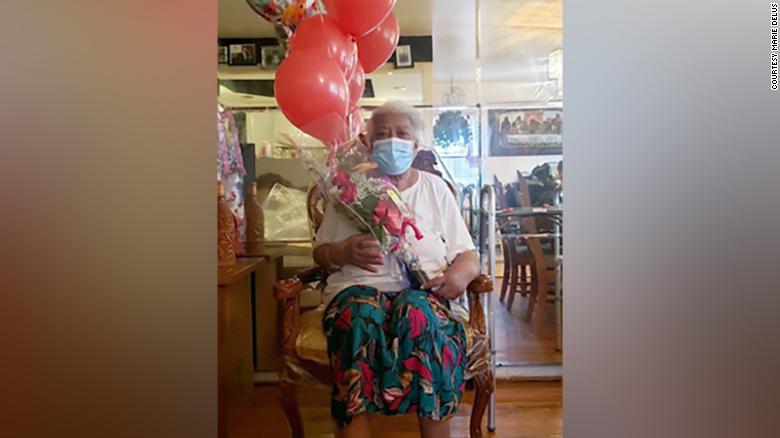 Marie Jean-Pierre is welcomed back to her home in Brooklyn, New York, on Saturday, August 29, after spending five months in the hospital and rehab with Covid-19.

Marie Delus had not touched her mother since she took her to a New York City emergency room in March. But after more than five months in a hospital and nursing home, Delus’ mother, Marie Jean-Pierre, was released on Saturday, her family said. Jean-Pierre, 73, was admitted to Maimonides Medical Center in Brooklyn on March 21 with a low-grade fever and difficulty breathing. After testing positive for coronavirus, she was intubated and later placed on a ventilator, according to her daughter. At some point, she received a tracheotomy. “She was fighting every step of the way. She was fighting the doctors, she was fighting the nurses,” Marie Delus said. She didn’t want to be on the ventilator.

Jean-Pierre, Delus and other family members had traveled to Spain in early March on a once-in-a-lifetime trip, returning on March 11. Multiple people who went on the trip became ill with five becoming “very sick,” Delus said. Jean-Pierre was “out of it,” remembering little of almost three months in the hospital, she told CNN. She was transferred to Brooklyn’s Saints Joachim and Anne Nursing and Rehab Center, where she had to relearn how to walk and talk, and was unable to see her family, except from behind glass, Jean-Pierre said.

Jean-Pierre immigrated from Haiti as a teenager in 1964, she told CNN. She has six children, 11 grandchildren, and nine great-grandchildren, and became a citizen in 2018, voting in her first election that year, Delus said.