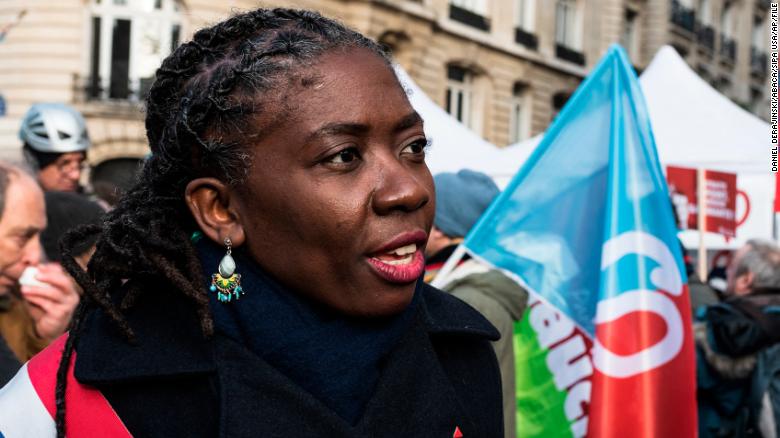 Daniele Obono is a left-wing member of the National Assembly.

The Paris prosecutor’s office has opened an investigation over illustrations in a right-wing magazine that portrayed black politician Daniele Obono as an 18th-century slave. The article in the magazine Valeurs Actuelles, entitled “Danièle Obono in the Age of Slavery,” is a fictional account of Obono’s return to 18th-century Africa. The magazine included illustrations depicting Obono with chains around her neck. The article’s publication prompted immediate and significant backlash from France’s political class.

Following the publication on 27 August 2020 of the article entitled “Obono l’Africaine” in the newspaper Valeurs Actuelles, the Paris Public Prosecutor’s Office today opened a investigation of the charge of racist insults,” the office said in a statement Monday. The probe will be led by a unit from the regional directorate of Paris’ judicial police. Racially insulting a person is punishable by law in France. The penalty for those convicted of racist slander is a jail sentence of up to a year and a 45,000 euro fine.

Obono, who is of French-Gabonese origin, took to Twitter on Friday to express her dismay at what she called “racist shit.”Obono remarked that it appears that we can no longer say anything. Fortunately we can still write racist shit in a rag, illustrated by the images of a black French African deputy painted as a slave. Valeurs Actuelles initially responded to Obono’s remarks on Twitter, saying: “Racist shit? It’s a fictional story setting the scene of the horrors of slavery organized by the Africans in the 18th century. As the controversy grew, the magazine’s deputy editor Tugdual Denis spoke to TV station BFMTV on Saturday. Denis said the magazine understood “the symbolic charge” of the image depicting Obono, adding that he had “personally” offered an apology to her, saying he regretted that it could have been thought that we are racist.

Denis defended the aim of the story however, saying it sought to show the “destroyers of history” that an inter-African slave trade existed in tandem with the European one. Obono is a left-wing member of the National Assembly. Senior French politicians have rallied around the lawmaker, including Prime Minister Jean Castex, who tweeted in support of Obono, saying the article warranted “unambiguous condemnation. Obono told BFMTV on Saturday that she had also received a message of support from President Emmanuel Macron.