The actress said she didn’t want to sleep with Marvin Gaye at the time because she was married to Tom Hayden. 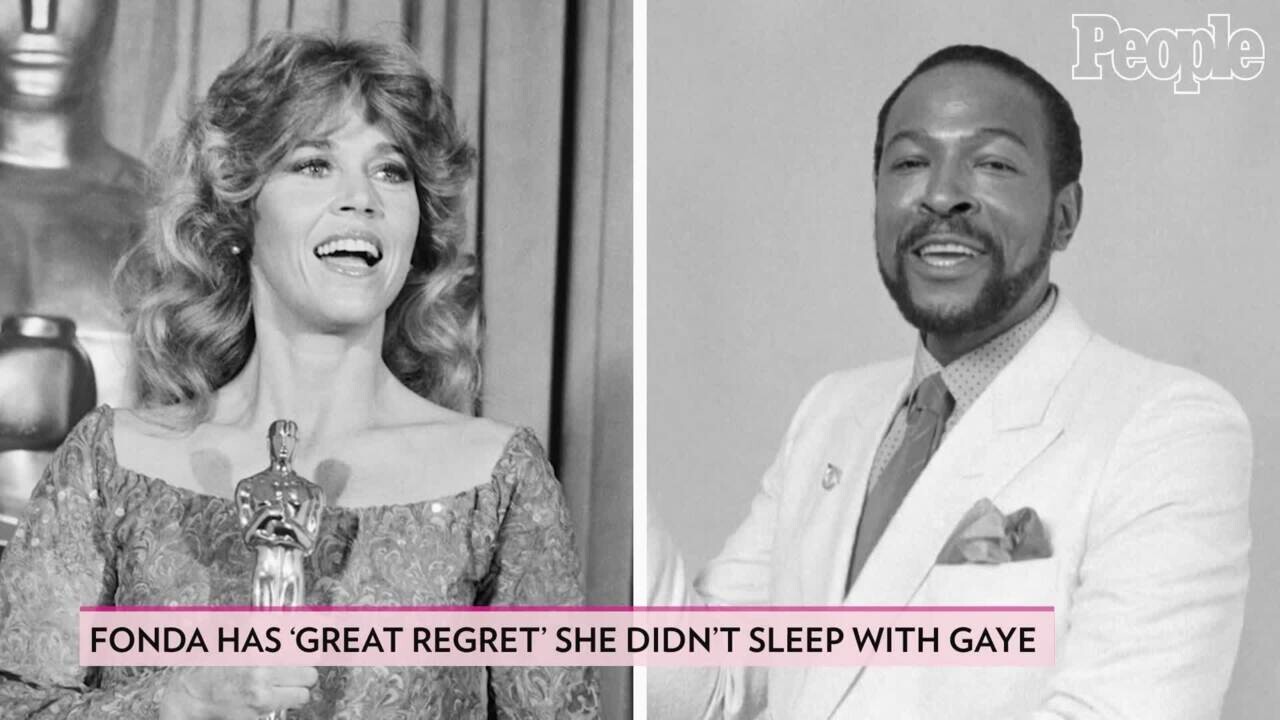 Jane Fonda is revealing new details about her early experiences in the entertainment industry.

In a new interview with The New York Times, the Grace and Frankie star played a quick round of “Confirm or Deny,” in which she opened up about her time with various stars including Marlon Brando and Marvin Gaye.

Asked about her experience with Brando, whom she starred alongside in the 1966 drama The Chase, Fonda didn’t seem to be wooed by the late actor.

He was “disappointing,” Fonda admitted.

Despite her relationship with Brando, the 82-year-old still acknowledged his strong skills as an entertainer, calling him a “great actor.”

Fonda also shed light on who she most regrets not sleeping with during her early years in the industry.

“Your greatest regret is that you never had sex with Che Guevara,” Times reporter Maureen Dowd asked Fonda to confirm, which the actress quickly shut down.

“No, I don’t think about him,” Fonda explained. “Who I do think about, and what is a great regret is Marvin Gaye.”

“He wanted to and I didn’t,” she admitted. “I was married to Tom [Hayden]. I was meeting a lot of performers to try to do concerts for Tom and the woman who was helping me do that introduced me to Marvin Gaye.”

Fonda wed Hayden in 1973 and were married for 17 years before getting divorced. The two share 47-year-old son Troy Garity.

Dowd went on to tease Fonda about the Motown singer as a possible suitor, asking, “Please tell me his pickup line included the words ‘sexual healing.'”

“I needed some but he didn’t say that, no,” Fonda said. “But then I read, apparently he had my picture on his refrigerator. I didn’t find that out until later, after he was dead.”

In 2018, Fonda spoke candidly with PEOPLE about how she used to be defined by the men in her life — until she became single again by choice in her sixties.

“Up until my sixties, I was to an extent, defined by the men in my life,” she told former PEOPLE editor-in-chief Jess Cagle, in an episode of the Jess Cagle Interview.

“I was brought up to please,” she said. “I wanted my father to love me so I would turn myself into a pretzel to be what he wanted me to be, not necessarily what I already was.”

She added, “It took me getting into my sixties, and then I began to become who I was supposed to be all along.”