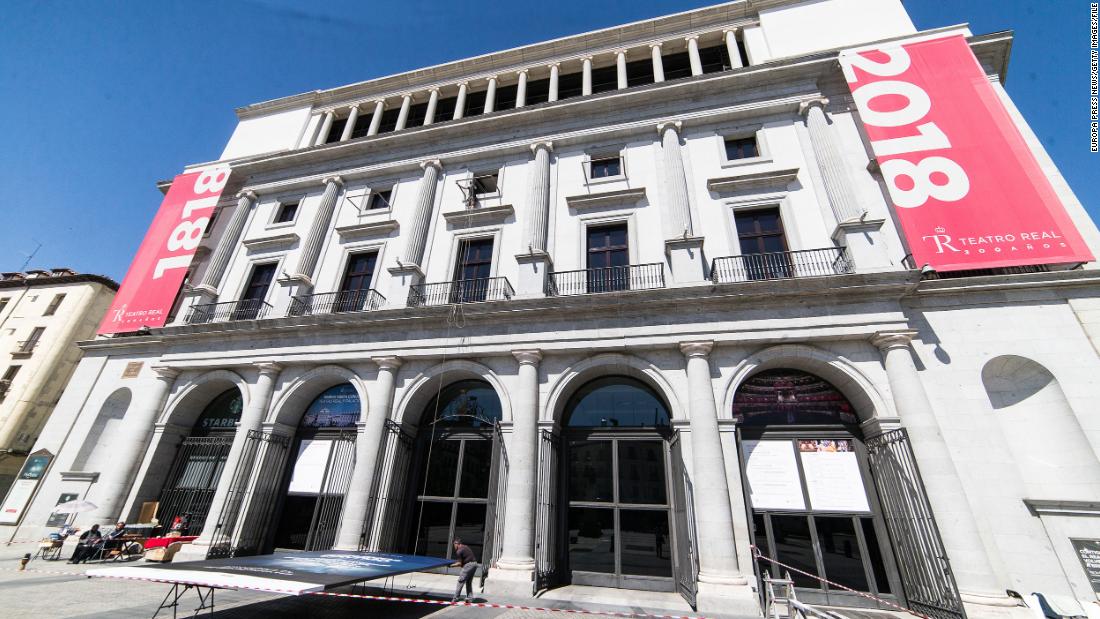 The Teatro Real on June 5, in a statement, said it was in full compliance with Madrid’s health regulations.

A live audience is always difficult to impress, perhaps even more so in the age of social distancing. An opera in Madrid was halted on Sunday night after audience members protested over concerns that seating was too crowded in the venue. The Teatro Real in Spain’s capital city was forced to cancel the performance of Giuseppe Verdi’s “Un ballo in maschera” after a group of spectators staged a protest during the performance, eventually ending the show and closing the venue for the night. Police officers were called to the site on Sunday.

The venue said Monday that it “greatly regrets what happened” but attributed the upset to shifts in the city’s health regulations. In July, the theater hosted performances of another Verdi opera, “La Traviata,” and spaced out audience members by sealing off some chairs and placing empty chairs between each pair of occupied seats, it said. But it relaxed its seating policy after the city eased coronavirus restrictions, allowing some venues to host bigger audiences. On Sunday, the Teatro Real was at 65% capacity, still below city guidelines that allow such venues to fill up to 75% of normal capacity, it said. Audience members were allowed to freely choose their seats, though they wore masks during the performance.

The Teatro Real on Monday acknowledged in a statement that some spectators had felt unsafe in their seats, even if the current health regulations were scrupulously complied with, verified by the police who traveled to the Teatro Real last night. The statement added The Teatro Real wants to reiterate its commitment to the health safety of the public, artists and workers, in which it has been working with dedication, responsibility and great energy, since April, with its own Medical Committee and scrupulous monitoring of the regulations of the Government of Spain and the Community of Madrid. It also said the venue would adopt all the necessary measures to make the audience feel safer and would also reinforce its communication with the public. Madrid has seen a recent spike in coronavirus cases, accounting for approximately a third of all new cases, according to data from the Spanish Health Ministry. On Monday, strict distancing rules were imposed anew in several areas of the city. Spain has now recorded more than 30,000 deaths since the start of the outbreak, with more than 600,000 total cases.