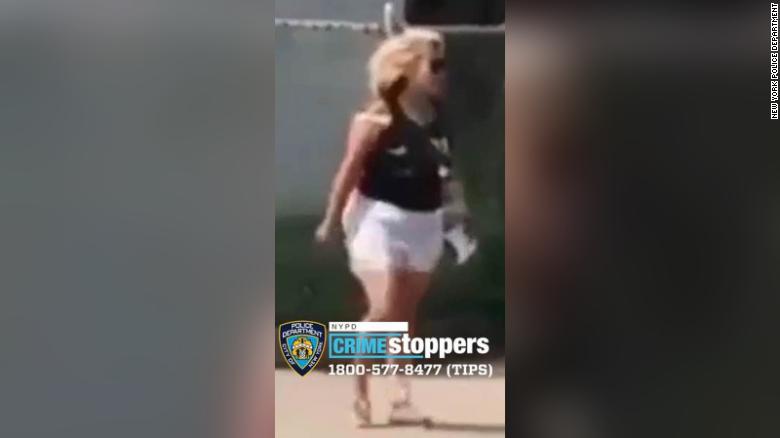 A 53-year-old Queens woman has been charged with a hate crime for allegedly throwing a glass bottle at a passing jogger and using a racial epithet last month, the Queens County district attorney announced Tuesday. Lorena Delaguna appeared in court Tuesday on charges of attempted assault in the second degree as a hate crime and aggravated harassment in the second degree. If convicted, she could be sentenced to seven years in prison. An African American woman was out for an afternoon jog August 17 in Woodside, a Queens neighborhood, when Delaguna allegedly threw a glass bottle at her, Queens District Attorney Melinda Katz said in a statement Tuesday.

The bottle shattered near the jogger and splashed liquid on her, Katz’s office said. Delaguna also allegedly yelled and cursed at the woman, “telling her to get out of here and go back to Africa and calling her the N-word,” the statement said. Delaguna is accused of following the woman for at least a block while yelling and threatening her, Katz’s office said. The woman was not hurt and continued to jog, the New York Police Department said in a report last week about the incident. Crimes like this, which are fueled by hate, are in a special category for a reason, Katz said in the statement. No one should have to endure being called a vile slur or being attacked simply because of the color of their skin, their religion, or who they love.