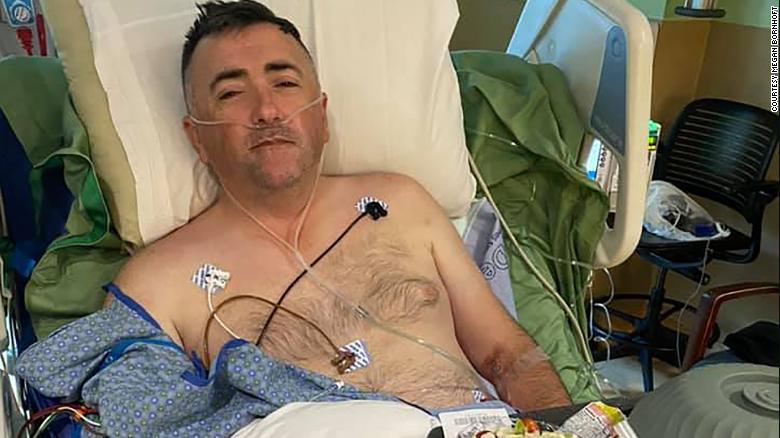 Zak Bornhoft at the hospital after being gored by an elk on the golf course.

A day catching up with friends and soaking in the scenery on a beautiful mountain golf course in Colorado this weekend ended with a golfer’s kidney sliced in half by an angry elk. Zak Bornhoft, 41, and his three friends were two holes away from completing the Evergreen Golf Course, located outside of Denver, on Saturday. The 18-hole course overlooking the Evergreen Lake is known for having “spectacular views from every tee,” according to it’s Facebook page. This was one reason, Bornhoft said, he wanted to play golf on this course. But views of green tree tops and blue sparkling water weren’t the only thing the golfers would experience. They were met by dozens of elk roaming freely around the course.

The elk’s antler punctured Bornhoft in the back side of his right hip, going in deep enough to slice his left kidney into two pieces. He was rushed to a local hospital where he continues to recover. It was unbelievable, he told reporters. The elk was just freaked out and there was nothing we could do. 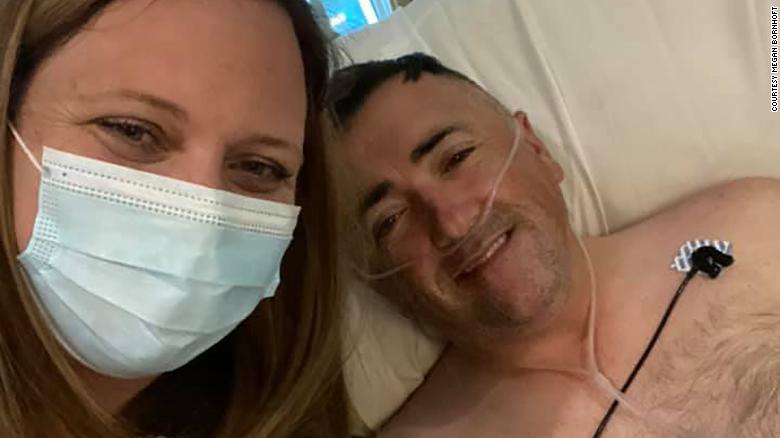 Megan and Zak Bornhoft at the hospital.

During the fall, elk can be more aggressive and territorial since it is mating season, also known as rut, according to Colorado Parks and Wildlife, during the rut, the bulls collect their harems and very aggressively will defend them, so it could definitely see a golf cart or people nearby as a challenger, Jason Clay, a public information officer with Colorado Parks and Wildlife, told reporters. While it isn’t unusual this time of year for hundreds of elk to roam around the course, it is the first time in at least 15 years that a golfer has been gored, according to Cyndi Karvaski, a spokeswoman for Denver Parks and Recreation. They are just all over the course but people can play through, Karvaski told reporters. There is signage posted around the course to warn golfers to stay away from the elk. 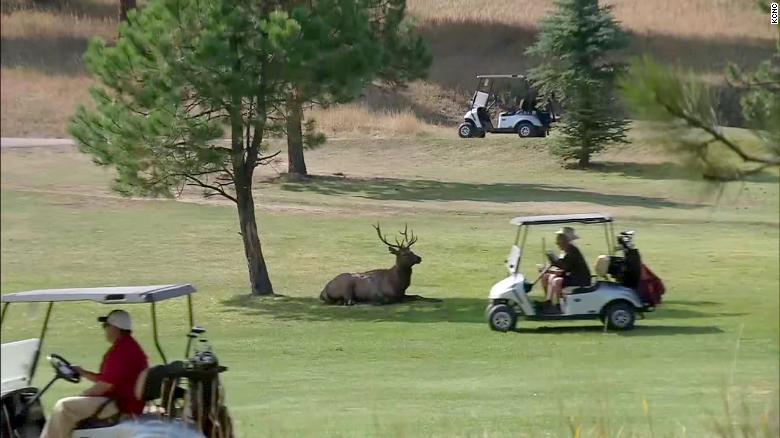 An elk rests in the shade as golfers speed by on golf carts.

Bornhoft seemed to be in good spirits as he talked to reporters from the hospital on Tuesday and he said he is making steps in the recovery process. His wife, Megan, has been able to visit him and be by his side. I am so very thankful that this buck struck where it did because things could have looked much different right now! she posted to Facebook. I’m blessed to be sitting next to my husband, even if it’s masked up in a ICU room. Bornhoft broke down in tears as he talked about his seven children and how he knows this is hard for them to see their dad in pain, but he said they have been able to keep in touch through video chats. All in all, it was a wild experience, he said. I would’ve never thought going to a golf course I’d be jabbed by an elk.