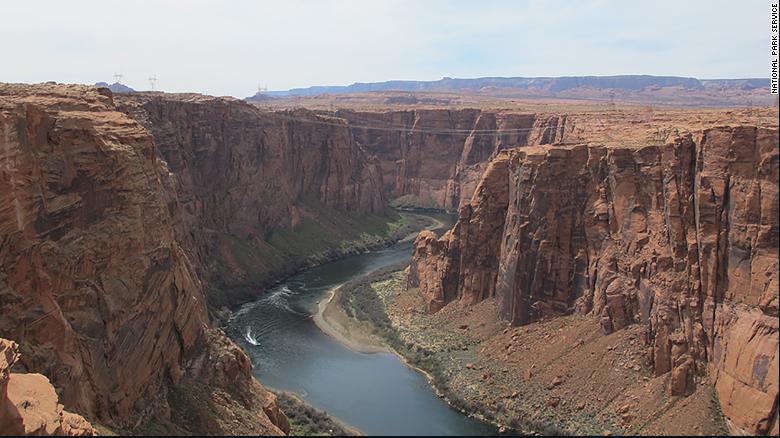 A view of the Colorado River seen from the Glen Canyon Dam Overlook.

A 25-year-old man died on Sunday after falling off a cliff at Glen Canyon National Recreation Area in Arizona, the National Park Service (NPS) said. While authorities were recovering the man’s body, they also discovered human remains unrelated to the victim’s fatal fall, according to a press release from NPS. Witnesses told NPS that the man identified as Orlando Serrano-Arzola was taking pictures at Glen Canyon Dam Overlook on Sunday morning, he was on top of the rim overlooking the Colorado River when he fell around 100 feet down and then slid roughly 150 feet further, witnesses said.

The victim suffered severe trauma and showed no signs of life after the fall, NPS said in its news release, the Coconino County Sheriff’s Office and officers with the Glen Canyon National Recreation Area discovered bones at the base of the Glen Canyon Dam Overlook while recovering Serrano-Arzola’s body, NPS said, those bones have since been identified as human remains. Police and the park service are conducting an investigation into the remains and said they will release more information on the case when it is available.