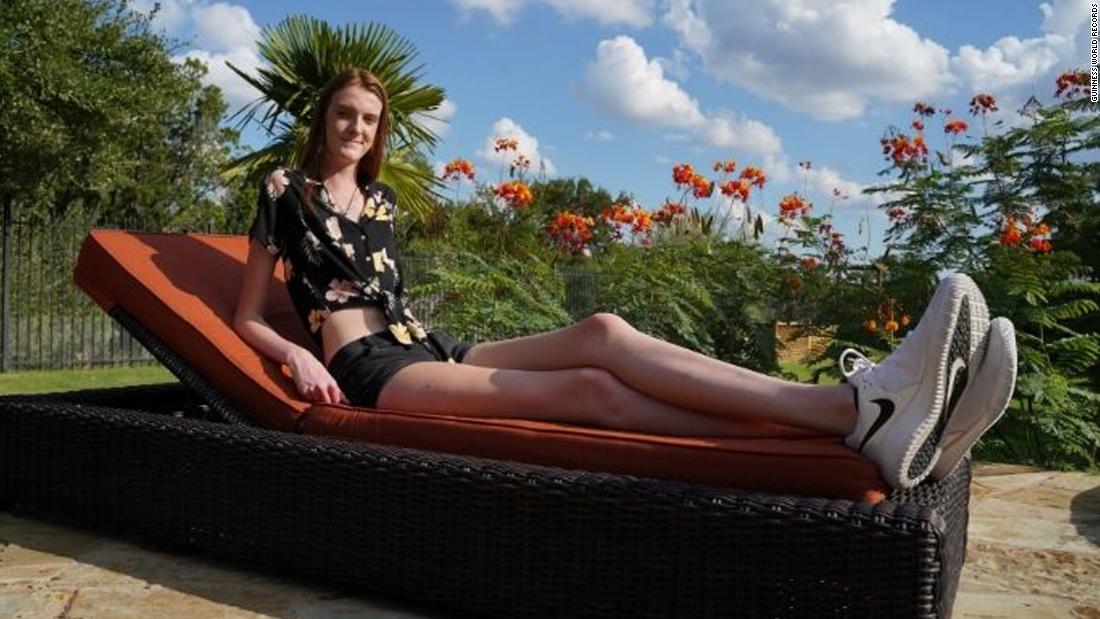 Maci Currin’s legs make up 60 percent of her height.

Maci Currin isn’t all legs, but they do make up 60 percent of her total height, the 17-year-old from Cedar Park, Texas, broke two Guinness World Records, one for having the longest legs for a female, and another for a teenager with the longest legs, her left leg is over 53 inches long, while her right leg is slightly shorter, at 52.874 inches, according to Guinness world record. In a video posted on the group’s YouTube channel, Currin’s mother talks about realizing that her daughter was taller than her peers at an early age, I guess there’s some kind of gene in there that gives her that tallness, her mother said in the video. Currin is 6-foot-10, her father was 6-foot-5, her brother is 6-foot-4 and her mother is 5-foot-7.

Around sophomore year, I just stopped caring what people thought of me, Currin told Guinness world record, and once I just stopped caring, I wasn’t affected by anything. Currin now uses her social media to inspire others to embrace their height, with 1.7 million followers on TikTok, and another 50,000 on Instagram, she regularly posts about confidence and body image. Her videos on TikTok reach millions of viewers per video. I hope that tall women can see that height is a gift, Currin told Guinness world record and that you shouldn’t be ashamed that you’re tall, you should really embrace it.