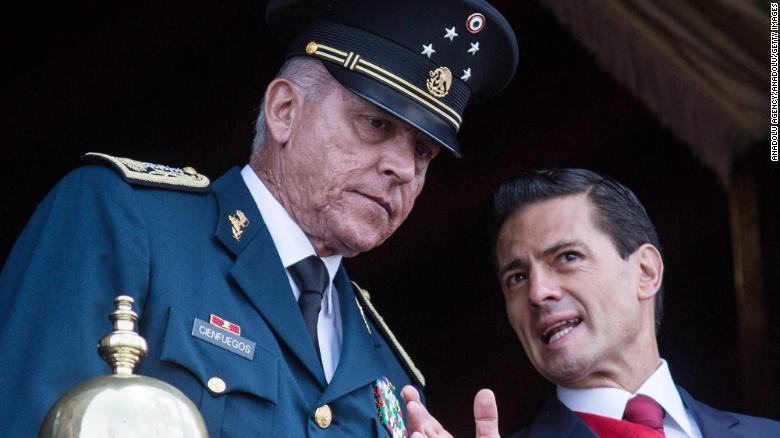 Mexico’s former defense minister, General Salvador Cienfuegos Zepeda, was detained by US authorities at the Los Angeles International Airport, Mexico’s Foreign Minister Marcelo Ebrard said on twitter Thursday night. Ebrard said he was informed of the detention by US Ambassador to Mexico Christopher Landau. Charges against Cienfuegos Zepeda have not been announced, and US authorities have not yet confirmed his detention.

According to a US Drug Enforcement Administration spokeswoman, who said they could not confirm or deny the detention. Ebrard added that the Mexican Consulate in Los Angeles would inform him of the charges in the next few hours and provide consular assistance to Cienfuegos Zepeda. Cienfuegos Zepeda served as Mexico’s defense minister from 2012 to 2018, under President Enrique Peña Nieto.