Google parent company Alphabet briefly hit a market capitalization of $2 trillion on Monday, less than two years after hitting the $1 trillion mark in January 2020. Its stock price retreated back below $2 trillion shortly after topping the number. 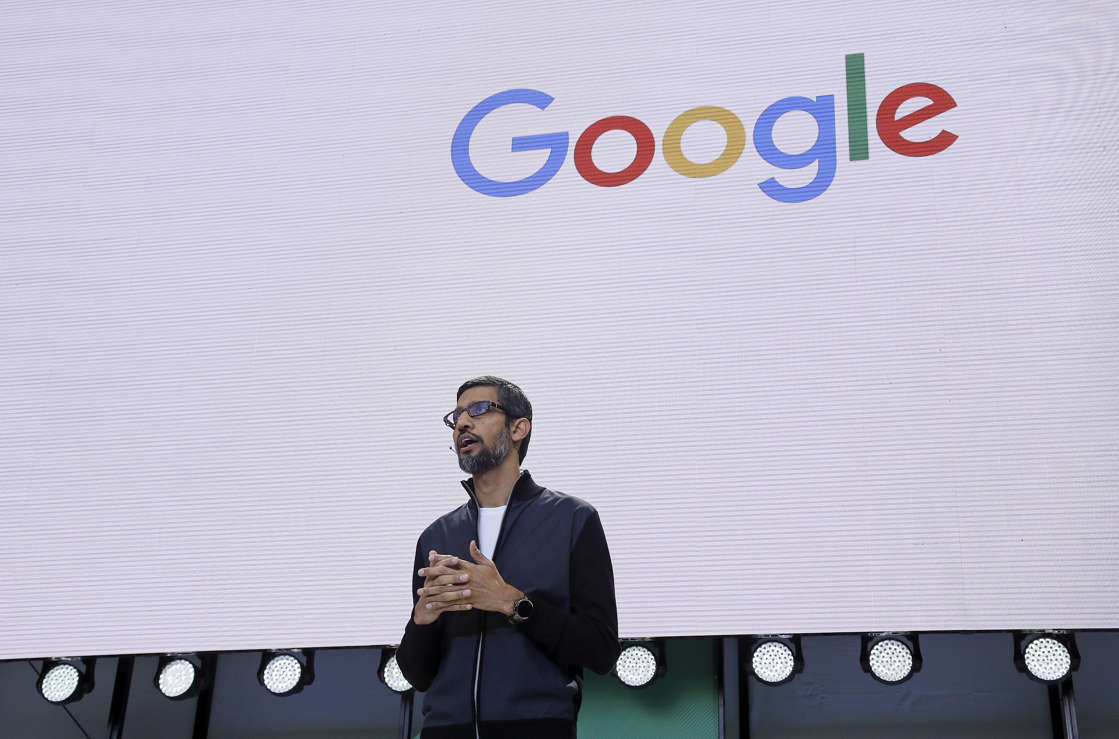 Alphabet joins the ranks of tech giants Apple and Microsoft, which are the only other publicly traded U.S. companies to cross the mark. Alphabet’s growth has been powered by its dominance of the online advertising industry, which has long functioned as a de facto duopoly between Google and Facebook.

According to a May 2021 report by eMarketer, Google collected 27.5% of net global ad revenue in 2020, while Facebook collected 22.3%. E-commerce giants Alibaba and Amazon, however, are slowly catching up, with the former seeing 8.6% of global net ad revenue and the latter seeing 5.2%.

Alphabet became such a dominant force in online advertising thanks, in part to the ubiquity of its online search capabilities. After all, “Googling” became the default stand-in for performing an online search years ago.

It’s not just its search engine that drove Alphabet to such heights. Its acquisition of the Android operating system in 2005 for a mere $50 million was a prescient move ahead of the launch of Apple’s first iPhone in 2007.

A year after snapping up Android, Google acquired Youtube for $1.65 billion. The world’s largest video sharing site, YouTube has been a boon for Alphabet, enabling further advertising opportunities beyond Android and its search and mail businesses.

YouTube, however, has brought its share of controversy. The site has been frequently lambasted for allowing wild conspiracy theories and disinformation to propagate across the platform.

Alphabet has also jumped into the public cloud arena, with its Google Cloud Platform (GCP). A rival to Amazon’s Amazon Web Services (AWS) and Microsoft’s Azure cloud services, GCP captured just 6.1% of global market share in 2020 compared to Amazon’s 40.8% and Microsoft’s 19.7%, according to research firm Gartner. But Google’s share has grown from 5.2% in 2019, while Amazon’s fell from 44.6%.

More recently, Alphabet has found itself in the crosshairs of federal and state investigators, facing a whopping four antitrust lawsuits in the U.S. The European Union’s antitrust watchdog, the European Commission, has also taken aim at Alphabet, fining the company billions of dollars for antitrust violations.

Despite such headwinds, Alphabet’s stock price continues to rise, making it one of the most valuable companies on Earth by market capitalization.