There was pandemonium on Tuesday when a truck driver reportedly crushed no fewer than 10 students to deatth in Lagos State.

It was learnt that the students were going home after closing from school around 2pm when the truck ran over them. 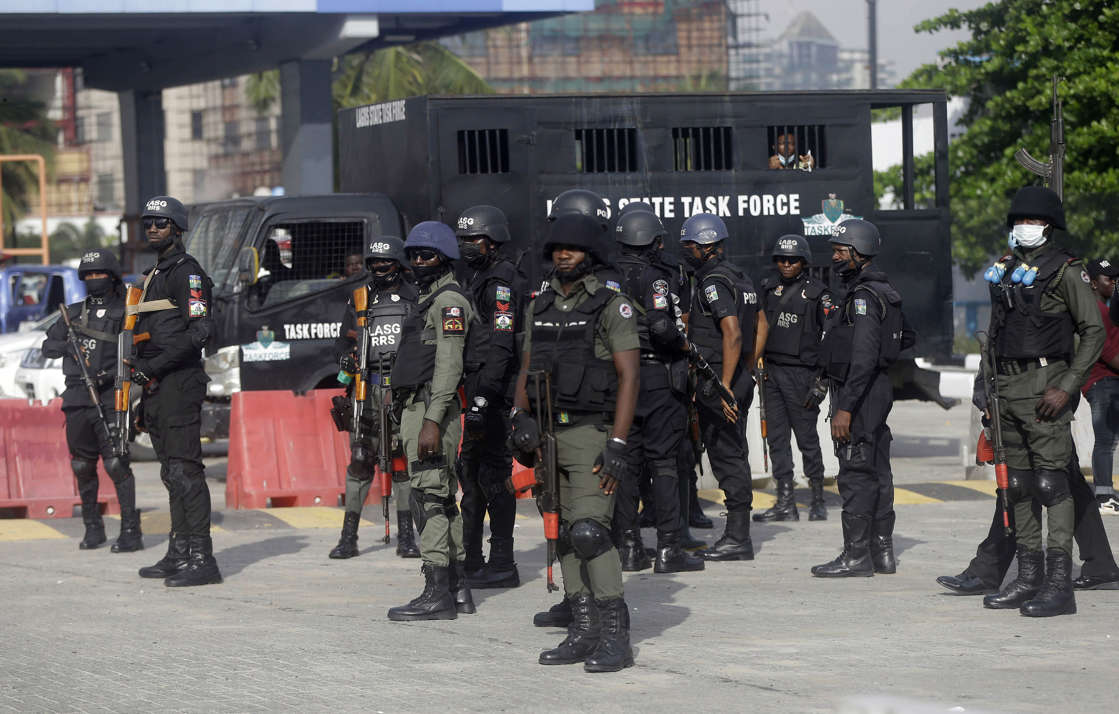 According to local newspaper PUNCH Metro which  gathered that the driver of the white DAF truck was being chased by officials of the Federal Road Safety Corps when he lost control of the vehicle and rammed into the pupils, who were by the roadside.

The driver, who took to his heels after the incident, was reportedly caught about two kilometres from the scene of the incident by some students and youths who accosted him and later handed him over to the police.

The truck, which was loaded with soap, was set ablaze.

A student of the school, where the victims were coming from, claimed that 17 students died, while several others were injured. He said, “I was also at the bus stop trying to buy doughnut while the other students were trying to cross the road. Some boys had crossed earlier, so they were at the other side of the road abusing the female students for not being smart enough to cross like them.

“The students gave the truck driver a sign to wait for them to cross, but it didn’t stop and the truck crushed 17 of them to death, while some were injured. “The driver did not wait, so other students and adults chased the driver to a point, where he was arrested and his truck was burnt.” A commercial motorcyclist, who witnessed the incident, said he saw 15 dead bodies.

He said, “I have never witnessed such a terrible thing in my life. I saw 15 pupils lying lifeless on the floor. The incident occurred around 2 pm.” A riot broke out when policemen deployed in the scene fired tear gas canisters to disperse the crowd. Angry youths subsequently broke the windscreens of about 10 trucks plying the road and beat up one of the drivers.

Bonfires were also made on the Street, close to the Police Station. PUNCH Metro observed as several parents, amid tears, paced around the scene of the incident, looking for their children.

The FRSC, in a statement by the Public Education Officer of the Lagos State Command, Olabisi Sonusi, on Tuesday, denied involvement in the accident, adding that seven pupils were rescued by its officials, while another seven were rescued by first responders.

The statement read in part, “An articulated truck was said to have lost control at Grammar School Bus Stop along Ogunnusi Road, Lagos, which caused the death of unverified number of students and leaving many injured. “The men of the FRSC were called upon by passerby to help intervene after the crash happened.

“The general public should disregard the disgruntled information being circulated by some unscrupulous elements that FRSC men caused the crash. We want to place on record that our men were not in any way involved in the cause of the crash as patrol activities was not ongoing along that axis as of the time of the crash.”

The Director-General of the Lagos State Emergency Management Agency, Dr Femi Oke-Osanyintolu, said he could not also ascertain the number of casualties.

He said, “This unfortunate incident provoked some bystanders into taking the law into their hands by attempting to lynch policemen, LASTMA officials and other first responders at the scene, destroying vehicles and other properties. “The attack by the miscreants led the emergency team to head back to base as the scene was insecure and unsafe for rescue and recovery operations.”