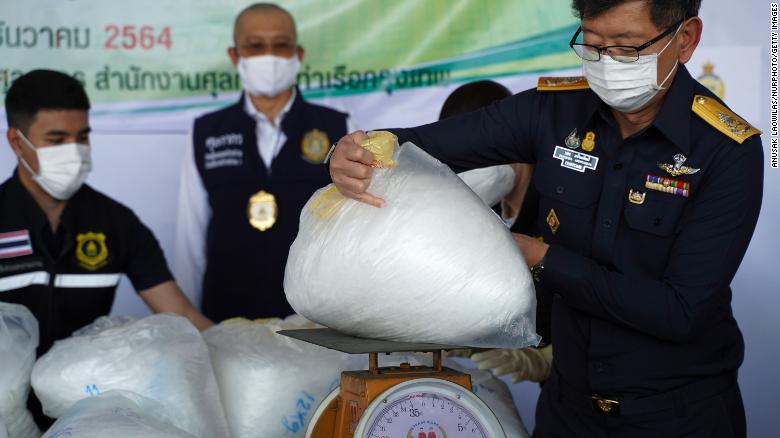 Thai authorities have seized crystal methamphetamine with a street value of almost $30 million stuffed inside boxing punch bags bound for Australia, officials said on Thursday. Customs officers inspected the shipment after growing suspicious of the Thai-made training equipment which is not in high demand in Australia, Thai and Australian officials investigating the matter told a news conference in Bangkok. More than 193 kilograms (425 pounds) of the drugs, also known as ice, were hidden among 15 different bags.

Surrounded by cameras, a Thai customs official sliced through a long cardboard box and then the red outer layer of the boxing punch bag, exposing the drugs hidden amongst the stuffing.

“Australia consumes around 11 tons of methamphetamine per year,” Australian Border Force Acting Superintendent Joel Carruthers said. “So there’s a market for it, and disrupting it offshore in countries such as Thailand is fantastic.” 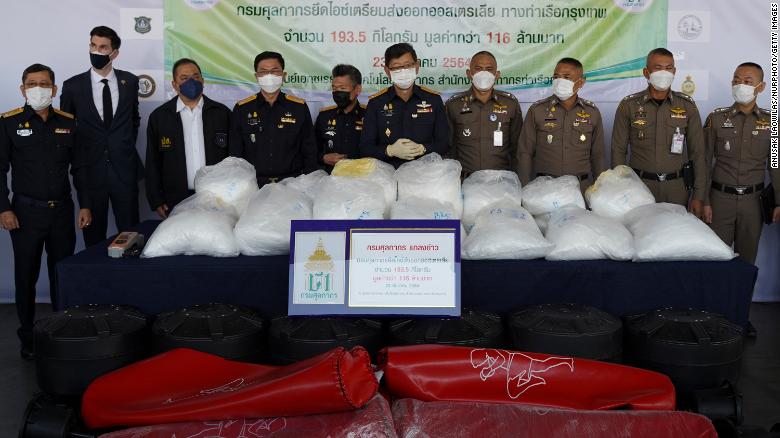 The Golden Triangle, an area of northeast Myanmar that meets parts of Thailand and Laos has a long history of being a major drug-producing area. It has served as a massive production center for amphetamine-type stimulants, especially methamphetamine, used by Asian crime syndicates with distribution networks reaching as far as Japan and New Zealand.

Methamphetamine production in particular has been increasing sharply in recent years, according to the United Nations Office on Drugs and Crime (UNODC). During the coronavirus pandemic, Asia’s drug cartels flooded markets with synthetic narcotics worth tens of billions of dollars even as the global economy ground to a halt. Meth seizures in East and Southeast Asia surged 19% from 2019 to 2020, marking a new record high, according to the UNODC.