The Sri Lanka Navy yesterday brought nine foreign suspects into the Colombo port after a Navy team had arrested them in the Southern seas for smuggling heroin on board their vessel.

Navy Media spokesman, Captain Indika De Silva yesterday told the Daily News that the suspects were brought to the Colombo Port along with the multi-day boat on which they had travelled with the load of illicit narcotics. 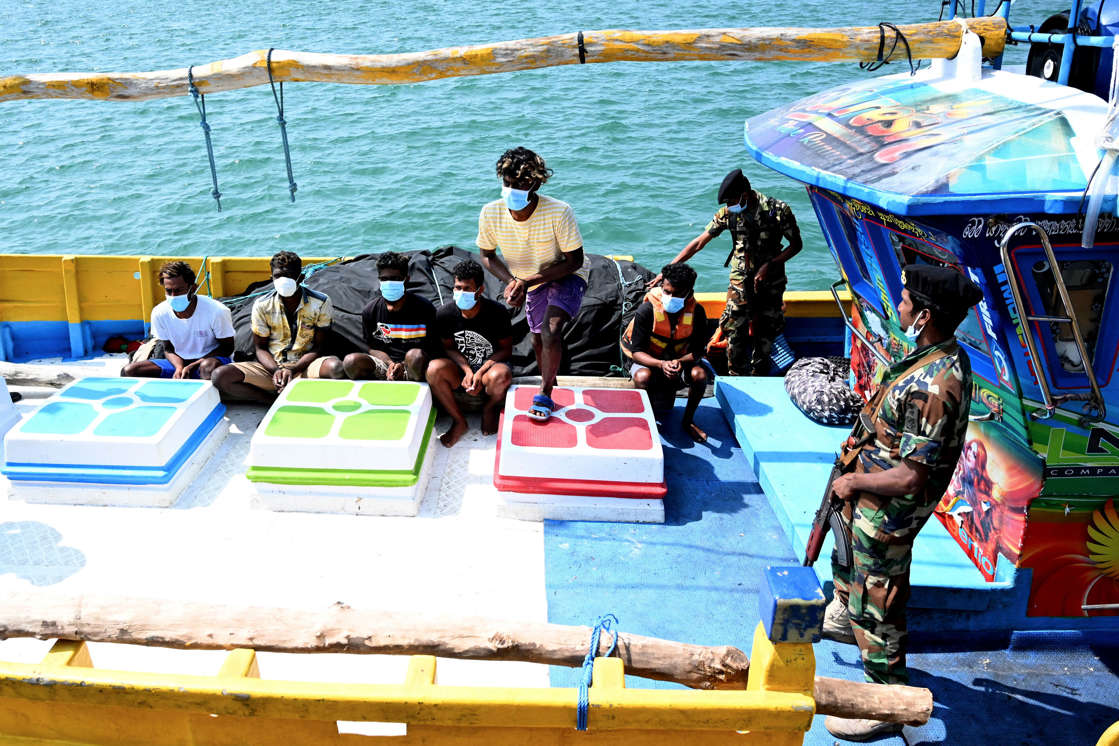 Sri Lankan Navy soldiers stand guard after arresting men transporting a haul of heroin, with a street value of about $16.5 million, from a fishing vessel off the islands southern waters, in Colombo

“This is for further inquiries to be conducted by Police Narcotics enforcements,” he said. According to Captain De Silva, the suspects had a load of about 250 kg of heroin but threw it into the sea when they saw the Navy patrols approaching.

The Naval interception and catching these traffickers has seen heroin, which has a street value Rs 2.5 billion, never to reach the streets.

When asked how they knew the arrested multi-day boat was carrying that much heroin, De Silva explained that the anti-drug operation in this case was carried out in collaboration with the Police Narcotics Bureau and the Intelligence services, and they had tracked the traffickers’ activities all along.

According to Police Narcotics sources, the suspects were meant to transfer the cache they were carrying to a local fishing boat.”However, this boat has departed the scene,” an investigator said.

When asked about the nationalities of the arrested suspects, Captain Silva stated that they had yet to establish their nationalities and identifications, but that they suspected the individuals were Iranian.

“The Navy seized 200 grams of heroin from suspects’ possession at the time of their capture in the sea on January 26. “There was no flag on this vessel,” he explained.