At least 38 people were killed in devastating flash floods that swept through the picturesque Brazilian city of Petropolis, turning streets into torrential rivers, officials said Wednesday.

Heavy storms Tuesday dumped 258 millimeters (10 inches) of rain on the city in three hours, nearly equal to all the rainfall from the previous month, said the mayor’s office for the scenic town in the hills north of Rio de Janeiro.

Some 80 homes were damaged, and around 300 people were being housed in shelters, mostly in schools, officials said. Wendel Pio Lourenco, a 24-year-old resident, was walking through the streets with a television in his arms, heading to a local church in search of shelter.

He said he was trying to save a few possessions, after spending a sleepless night helping search for victims of the disaster. “I found a girl who was buried alive,” he said.

Officials said there had been multiple landslides. AFP journalists saw the remains of wrecked houses strewn across a ravine by a torrent of mud in an impoverished hillside slum. 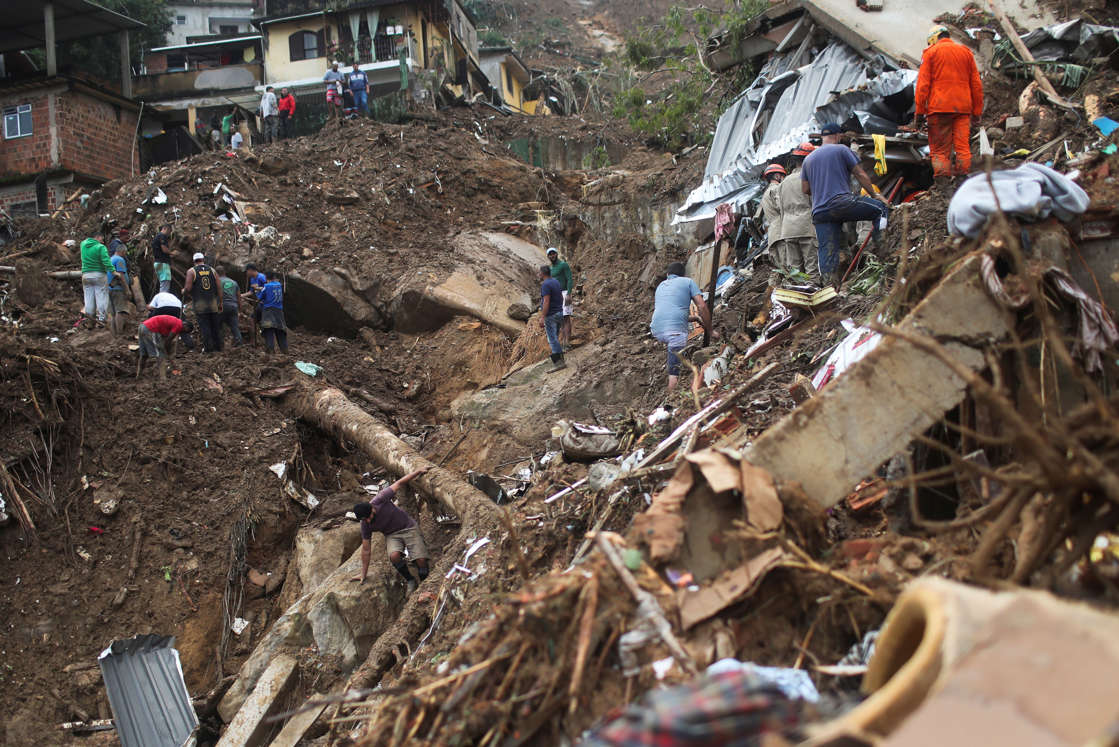 Videos posted on social media from Tuesday’s rains showed streets in Petropolis, the 19th-century summer capital of the Brazilian empire, fill with gushing floods that swept away cars, trees and nearly everything else in their path.

Officials said more than 180 firefighters and other rescue workers were responding to the emergency. City hall declared a “state of disaster” in the city of 300,000 people, which sits 68 kilometers (42 miles) north of the city of Rio.

Many shops were completely inundated by the rising waters, which gushed down the streets of the historic city center. Officials said 400 soldiers had been sent in to reinforce rescue teams, which were using four-wheel-drive vehicles, rescue boats and a dozen planes to search for victims.

Tuesday’s rainfall was more than was expected for the whole month of February, according to the meteorological agency MetSul. The heaviest downpour had passed, but more moderate rainfall was expected to continue for several days, authorities said. 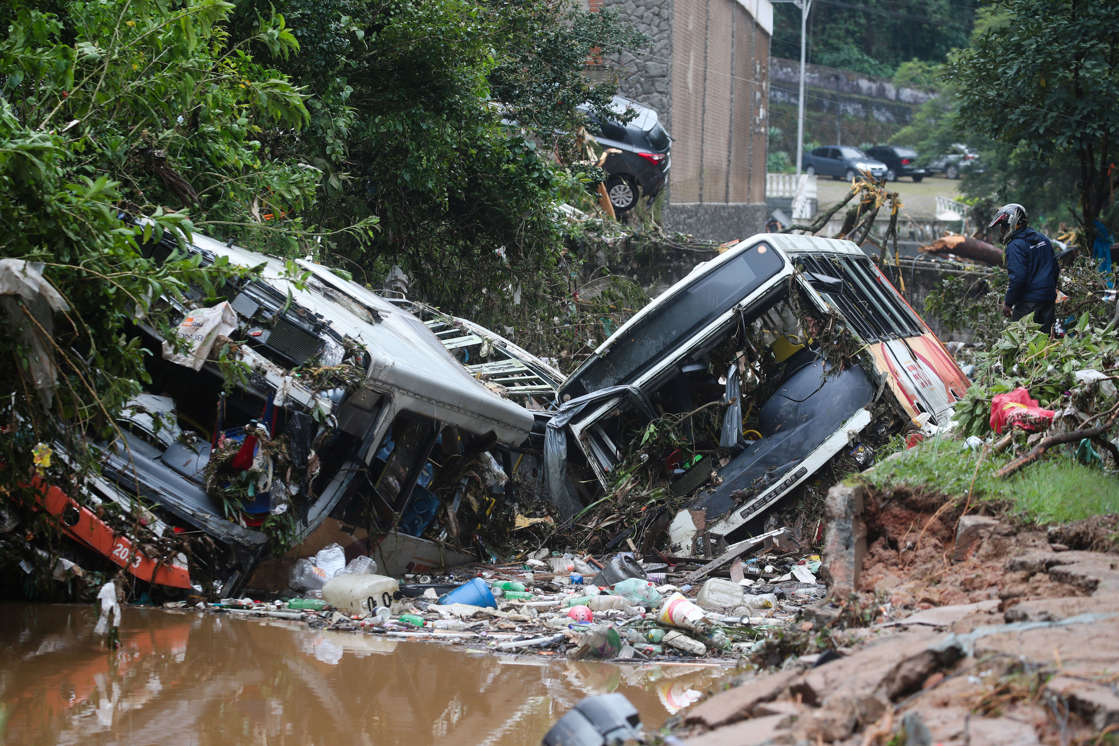 President Jair Bolsonaro, on an official trip to Russia, said on Twitter that he was keeping abreast of “the tragedy” and asked his ministers to provide “immediate aid to the victims.”

Brazil has been swept by heavy rains in the past several months that have caused a series of deadly floods and landslides. Experts say rainy season downpours are being augmented by La Nina, the cyclical cooling of the Pacific Ocean and by the impact of climate change more broadly.

Because a warmer atmosphere holds more water, global warming increases the risk and intensity of flooding from extreme rainfall. Earlier this month, torrential rain triggered floods and landslides that killed at least 28 people in southeastern Brazil, mostly in Sao Paulo state and the region north of Rio. There have also been heavy storms in the northeastern state of Bahia, where 24 people died.

It is not the first time the mountains around Rio have been the scene of deadly storms.

In January 2011, more than 900 people died in the region due to heavy rains that caused flooding and landslides in a large area including Petropolis and neighboring cities Nova Friburgo and Teresopolis.