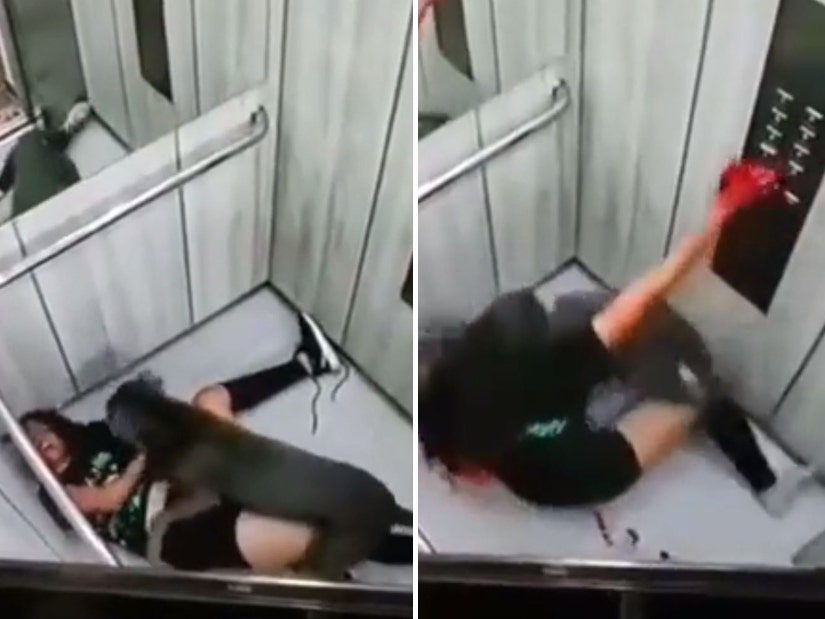 A dog owner’s desperate attempts to escape a brutal mauling by her own pet has been captured on security camera.

The savage attack occurred in an apartment complex in the Prados del Este neighborhood in Cúcuta, Colombia on Thursday.

According to local outlet La Opinion, the 25-year-old woman was tying her shoes in her bedroom, when the four-year-old dog suddenly turned on her.

“Her reaction was to crawl to the door and go out into the hallway, hoping a neighbor would help her,” police told the publication.

When nobody came to her aid, she knew her only hope was to escape into the elevator. But as the harrowing security footage shows, the dog followed her in.

The distressing video shows the woman, bleeding heavily, shimmy her way on her back into the elevator, with the 4-year-old pit bull still on top of her. She screams in pain as the dog continues to violently shake its head, its jaws clamped tightly on her arm.

With the animal still attached, she manages to sit up and frantically slam the buttons with her blood-soaked hand.

“When the animal jumped on her, the only thing she thought was that if she stayed on the 5th floor, no one was going to rescue her,” the officer told the outlet.

The elevator reaches the first floor, and the desperate woman manages to crawl out again, the dog still biting her.

Major Arley Dávila of the Metropolitan Police of Cúcuta told La Opinion that the dog only released her after she escaped into the foyer.

Luckily, she survived; a relative rushed her to Erasmo Meoz University Hospital, where she was treated for her mangled limb.

“She has fractures in two fingers of her right hand, a phalanx on her left. She is still hospitalized and pending transfer to a clinic for a medical procedure,” a police officer said.

According to neighbors, the dog never showed any signs of aggression in the four months it lived there and his owner always took him for walks wearing a muzzle.