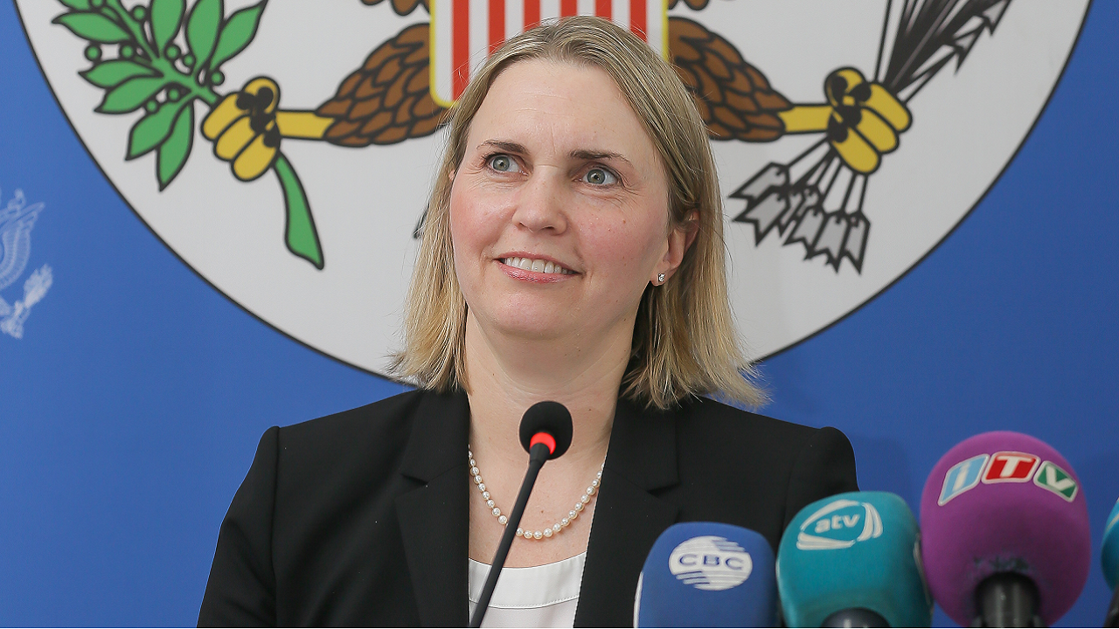 Prior to Monday’s nomination, Brink “previously served as Senior Advisor and Deputy Assistant Secretary in the Bureau of European and Eurasian Affairs and as the Deputy Chief of Mission at the U.S. Embassies in Tashkent, Uzbekistan and Tbilisi, Georgia,” Price said.

“During her more than twenty years in the Foreign Service, Ambassador Brink has spent most of her career focused on advancing U.S. policy in Europe and Eurasia,” adds her biography on the U.S. Embassy in Slovakia’s website.

Brink, who is from Michigan, started working in the State Department in 1996 and can speak Russian and Serbian, as well as basic Georgian and French, the biography also said. If confirmed by the Senate, Brink will become the first U.S. Ambassador to Ukraine since 2019.

In Sunday’s meeting with Zelenskyy, Blinken “also relayed that U.S. diplomats will be returning to Ukraine this week,” Price said. “The increased U.S. presence demonstrates our support for Ukraine and is part of the U.S. commitment to return our diplomats to our Embassy in Kyiv as soon as possible,” he added.

“This action will strengthen the Department’s ongoing commitment to facilitate humanitarian relief efforts and the delivery of assistance to the Government of Ukraine, while providing enhanced support to U.S. citizens.”