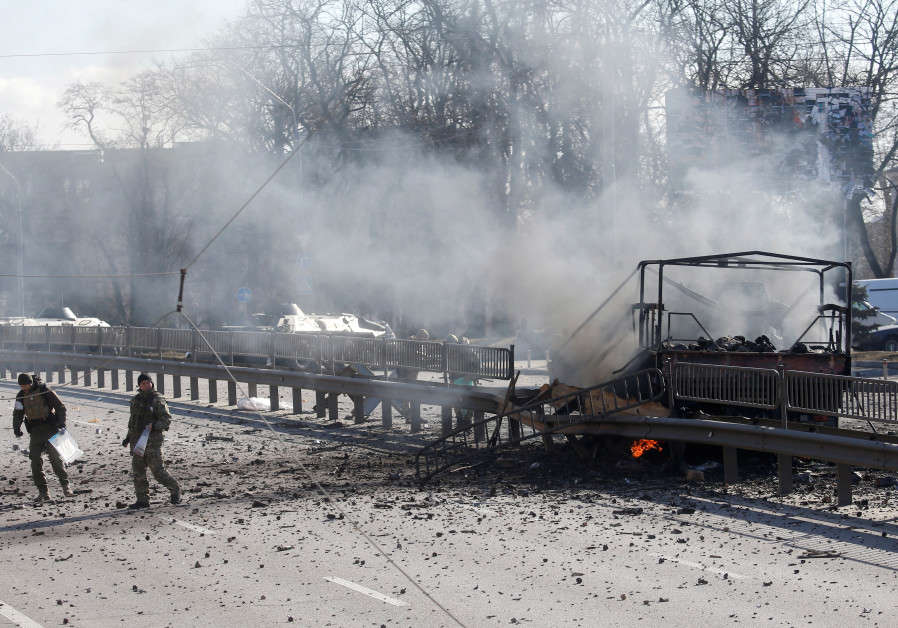 Ukrainian servicemen stand by a damaged vehicle, at the site of fighting with Russian troops.

The United States on Tuesday offered a reward of up to $10 million for information on six people it described as Russian military intelligence officers who had conducted cyber-attacks affecting critical US infrastructure.

The six officers work in a cyber-focused unit of Russia’s Main Intelligence Directorate (GRU) and were involved in a 2017 global malware attack that infected the computers of several private US entities, including a hospital system, the US State Department said.

The 2017 “NotPetya” cyberattack crippled parts of Ukraine’s infrastructure and damaged computers in countries across the globe including France, Germany, Italy and the United States, causing billions of dollars in estimated damage.

Russia denies any involvement in the incident.

A US federal grand jury in 2020 indicted the six “Sandworm” unit officers on counts of conspiracy to conduct computer fraud and abuse, among other charges, the State Department said.

An award of up to $10 million would be rewarded for information leading to the “identification or location of any person who, while acting at the direction or under the control of a foreign government, participates in malicious cyber activities against US critical infrastructure,” it added.